Having spent a couple of years reading and retweeting numerous homages to exercise, and detailing its immense benefits to patients, I finally had to confess to myself that while I agreed with, approved of, applauded and condoned exercise in all forms, I didn’t actually do much myself.  Just because I stand watching kids play football quite a lot, I have a fitness tracker that tells me I do 14000 steps each day (though it adds on about 200 when I paint my nails), and I have the occasional low-intensity knockabout on a tennis court, I had managed to convince myself that I was really quite active. However, following a bit of research on osteoporosis as part of NCOR’s Research hub, I resolved to take it all a bit more seriously and try out a regular class.  I sampled zumba, body conditioning, body balance, and Tai Chi before finally settling on Beginners Step, a 45 minute class that fitted neatly into my weekly routine.

Well, was I in for a surprise.  Because although I was motivated by the long term health benefits, I immediately experienced some quite profound psychological effects.  Everyone who does exercise realises this, but somehow that message doesn’t quite convey how powerful and deep those effects are.  Yes.  Who knew?  Exercise is not only good for the mind and body, but I swear I could feel it feeding my soul, in the following ways:

Usually I sheepishly sidle past the shaming posse of mum-runners gathering outside the school gates each morning, while I stroll towards Waitrose for my daily latte.  However I held my head high as I breezed past them donning trainers and track suit,  explaining, “I’m off to a class”.  Instead of those self-berating thoughts of “I should be doing something like that”,  I was doing something like that!  Geez it felt good.

Being an osteopath, I’m sometimes a little too in tune with every ache and pain and symptom of tiredness, tension or nervous irritability.  This awareness is great to a point, but when you start to focus on what’s wrong with you, you can begin to feel that you’re not quite fit for purpose.  The fact that I was actually capable of doing an exercise class from start to finish, without dropping, was frankly not only a relief and a surprise but also gave me much increased  confidence in my body.  It works!  My body works! Better than I thought.  I could jump!  I was capable of so much more than I had thought.

3.  Mastery of the Physical Universe

I don’t expect everyone to get this, but as someone who is generally more comfortable in the mental sphere, I’m always a bit tentative if  I have to jump a ditch or climb a stile.  Not any more! I really feel I have more mastery over the physical world.  Everything just seems that tiny bit easier – carrying shopping, walking up hills, opening the boot of the car, changing gear, small things I know; but there was a tangible shift in my relationship to the physical world – in the balance of power between me and it, I just feel less at its mercy.

3.  Motivation to do more

There’s a kind of positive feedback mechanism that kicks in almost immediately you start to feel fitter.  I honestly found myself inspired to dance around the kitchen, to walk instead of drive, to take the steps two at a time.  My capacity and enthusiasm for exercise increased enormously.  I even bought a bike! 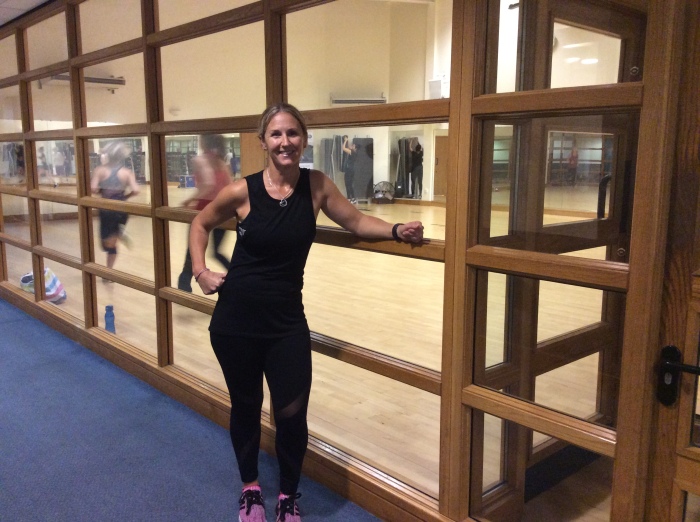 This is where the magic happens, and this is Jodie, the Step “teacher”

I wasn’t at Live Aid when Queen sang Radio Gaga, and I wasn’t in Zimbabwe to join the dancing in the streets at the deposing of Mugabe, but in a plain, windowless, exercise studio in Falmer’s Virgin Active, with noisy aircon, while performing a double air punch with about 20 other people, I felt the profound satisfaction of doing the same thing at the same time as lots of other people.  Why does that feel so good?  Are birds in a flock, turning and twisting in unison, blissing out in a state of transcendental atonement that we  humans can merely dream of?   This physical synchronicity  touches something deep – a feeling of connection with something that transcends the individual.   It’s a feeling you don’t realise that you need till you experience it.  Are there academic studies on this?  “An exploration of the long-term effects on wellbeing of regular physical synchronization with medium to large-sized groups of people”.  This is an untapped, wide open field of research, to be sure.  (Or is it?  – see final postscript).

The music.  That beat.  This wasn’t a shamanic ceremony, a tribal celebration, or a medieval army marching to battle, but moving to that repetitive beat touches something primal.  It stirs something.  It helps you synchronize.  It is rousing and comforting all at the same time.  It feels good.

Step is actually quite highly choreographed.  You have to learn a routine, bit by bit, and then put it together, so that by the end of the class you can do quite a long piece.  Now I like this.  It reminds me of ballet class when I was about 9 years old, and maybe it appeals more to women as there are very few men in my class (often none).  Every week the routine changes.  Initially a little disconcerted by this waste of effort, I have learnt to appreciate the brand new weekly learning curve.  I have to concentrate. I have to pay attention, and this mental strengthening feels really good.  You become very aware of your mind wandering, and have to keep pulling it back onto track. And while you are concentrating on your routine, you can’t be thinking about all the usual nonsense that runs through your brain.  Yes, a temporary mental holiday and strengthening of your attention and powers of concentration to boot.

After half an hour of jumping around, I feel tangible warmth spreading in different parts of my body.  Last time I really noticed it in my forehead.  Yes, I have found my inner radiator.  Remember that porridge commercial when children walked out into the Wintry day with a red inner glow keeping them warm.  Well, I never truly get that feeling with oats, but I get it with step.

8.  Awakening my playful side

Following a class I have more of a spring in my step.  My body starts getting in touch with its vertical axis.  Clearly this is a sign of lighter mood – at times it’s more than a spring, it’s even a skip in the step.  One day I became so enchanted with this new up-down feeling, that I began to play around with it.  Yes, play!  I tried to figure out just how close I could get to a  John Travolta walk without people actually looking at me like I was odd.  I can’t remember the last time I innocently played like that.  My inner child is alive and kicking.

I know the subject of detoxification is controversial, and even a bit passé.  And I have no idea what the chemical constituents of the perspiration that I feel seeping out of my pores might be.  But I do know that as I bask in the unlimited hot water of the tastefully decorated and ambiently lit showers at my exorbitantly priced gym, I feel cleansed. My skin feels smoother.  A bit of negativity has been sloughed off. I might not in actual fact be oozing out yesterday’s glass of Merlot and that pack of chilli Doritos, but I feel purified all the same.

Yes the days of searching out enlightenment in Buddhist retreats or the works of Carlos Castaneda have fallen by the wayside, as commitments take over and free time is a thing of the past.  These days, I get my fix of nirvana on the studio floor, 10.15, Monday mornings, to Jodie calling out “step and curl, double tap, and round the step, and double tap”.

I wrote this “trivial” piece a while ago, but it has been resting in my burgeoning “drafts folder” for the crime of being irrelevant.  I discovered, however, that I might have tapped into the zeitgeist rather more presciently than one would have thought.  I came across this interesting paper in the Journal of  Bodywork and Movement Therapies:  Ghost in the Machine, written by Paul Check and Matt Wallden, about the place of soul in manual therapy.  It mentions Zumba, specifically, but the healing powers of dance and movement more generally and seems highly relevant to this piece.  It’s well worth checking out for a more academic discussion of this kind of thing.

My Tweets
Join 1,445 other followers 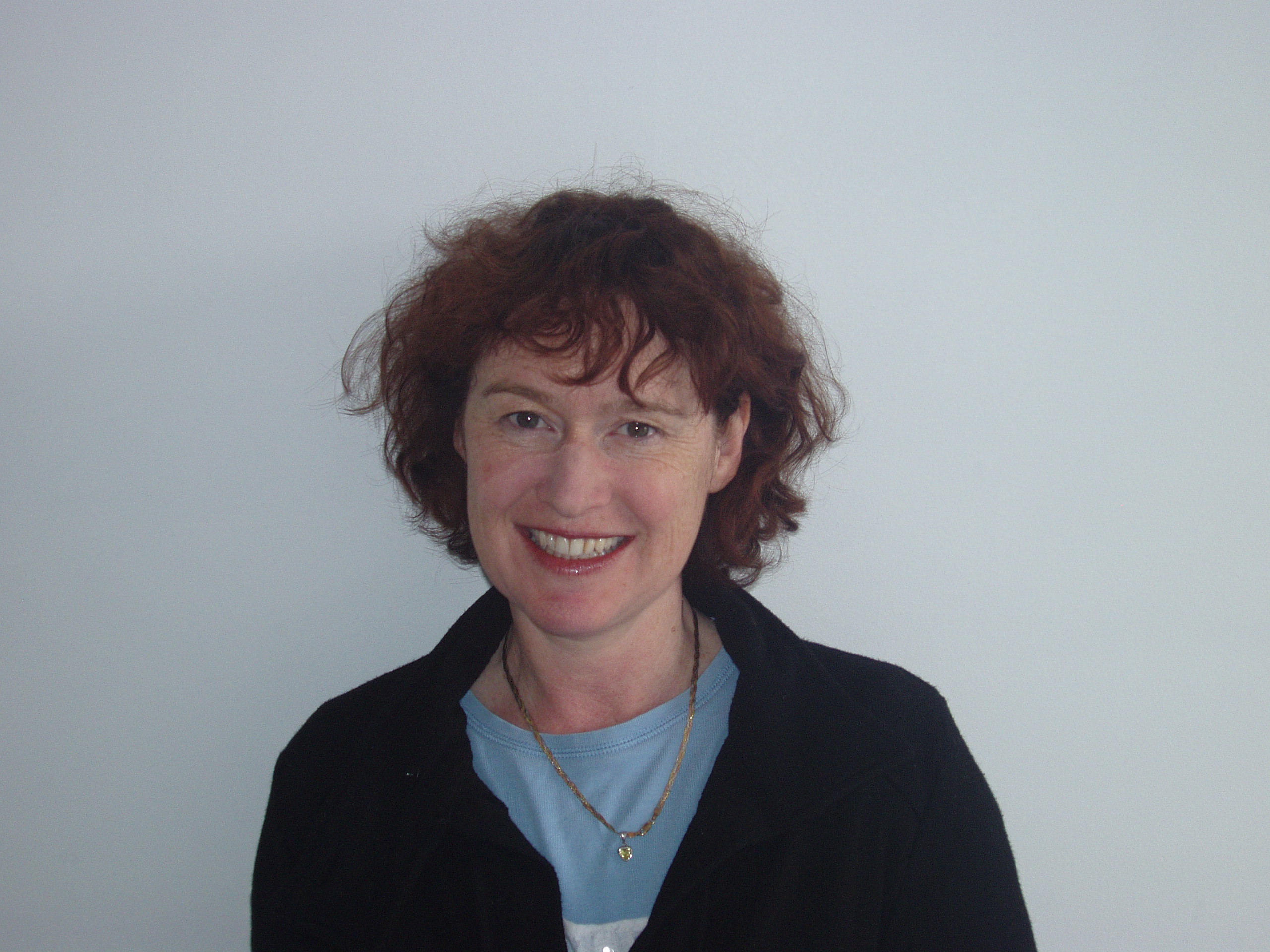